Recap and Highlights: The 2020 SRT Plugfest

Last week was a busy week for the SRT community thanks to the SRT Plugfest, an online event aimed at providing opportunities to test interoperability and compatibility between different technologies using the SRT protocol. I spoke with the Plugfest organizer and moderator, Haivision SRT Solutions Architect, Justus Rogmann, to find out what happened during this three-day event. To learn more about the event and the future roadmap for SRT, watch the webinar.

An Engaged and Growing Community

Following the webinar, this year’s event kicked off with a flurry of activity on the SRTAlliance.org Slack which now counts almost 800 members. Plugfest communications took place in the #interop channel and there were 22 companies who were actively engaged in sharing and testing SRT transmissions with other participants.

The biggest highlight was that during the 3 days of testing, there was not one single failure and no incompatibilities detected using SRT. No matter what vendor or version of SRT was tested, connections were always made. During the Plugfest at least 378 individual “device to device” tests were performed using:

From the outset, SRT was designed to be content and codec agnostic, but it was still exciting to see how SRT was being tested for new use cases such as NDI over SRT.

Another highlight was that participants had the opportunity to test one of the first, yet to be released cameras, with native SRT output and that does not require an additional encoder. There was much excitement among the different vendors when it came to testing the new Panasonic AW-UE100 PTZ camera. 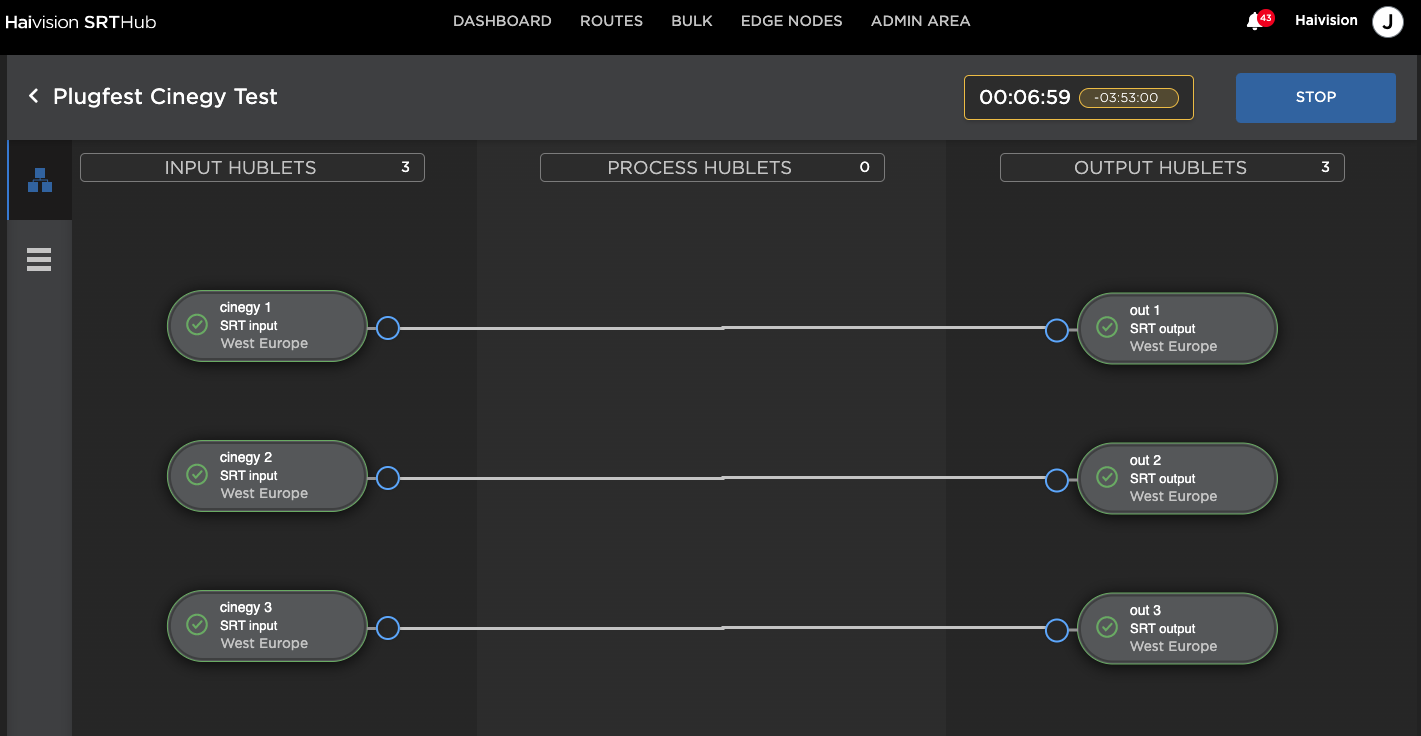 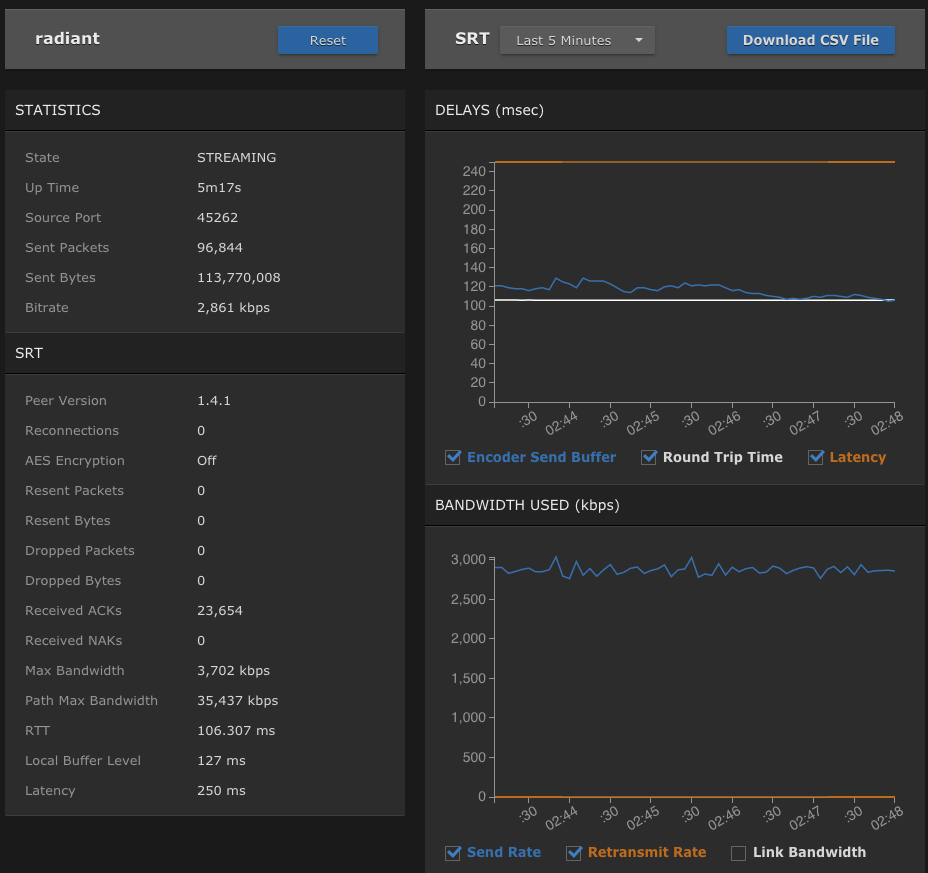 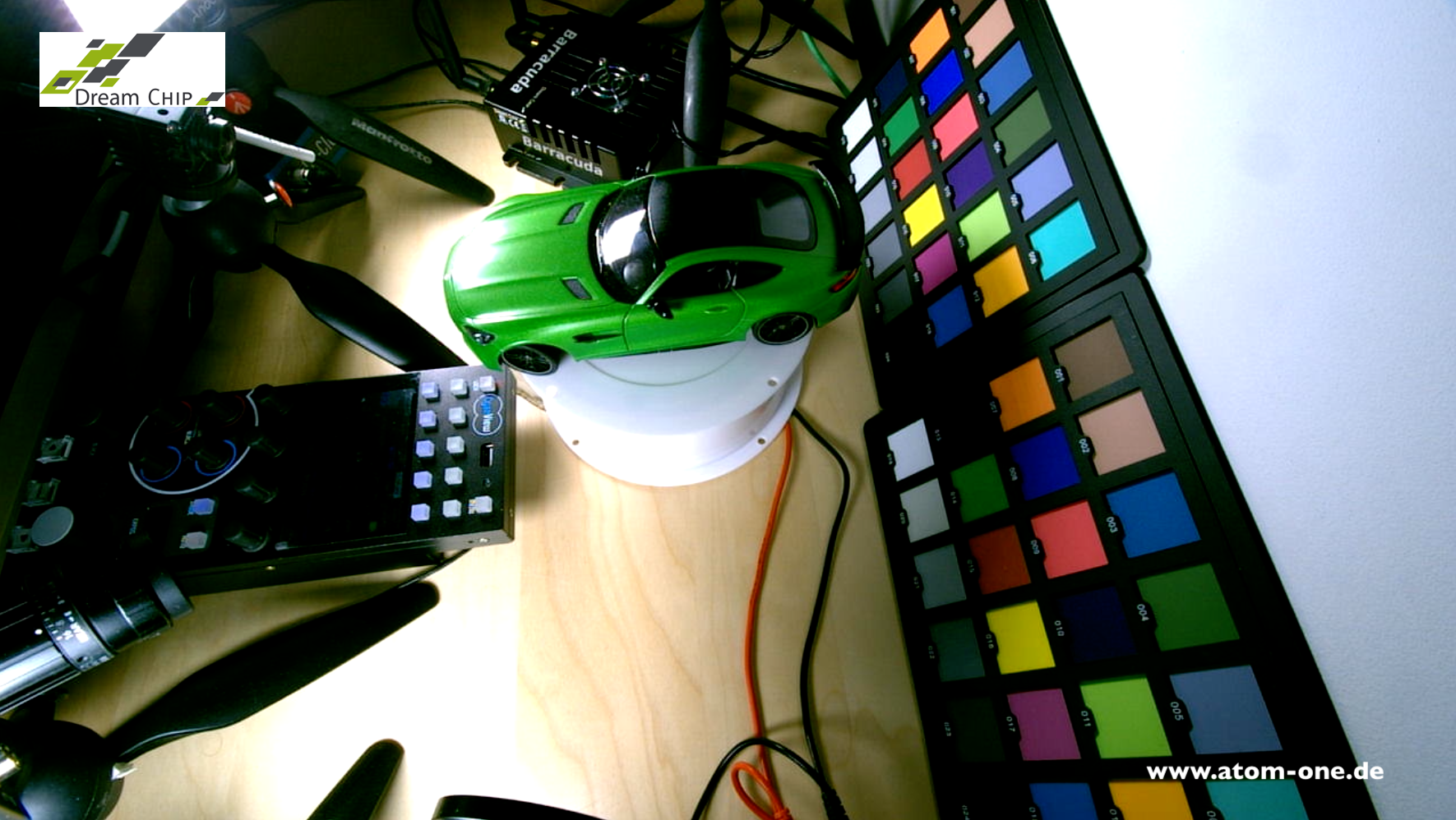 Test setup on a table at Dream Chip in Germany

We will be sharing the results of the testing in a compatibility matrix soon, watch this space for more details!

SRT 2020 Vision
To get all the details about the origins of SRT, Haivision’s partnership with Microsoft as well as an exclusive preview of the SRT roadmap, watch the webinar.

Lina Nikols is a seasoned content specialist with almost 20 years of combined copywriting and marketing experience. Well-versed in writing about a broad range of subjects, from health and beauty products to consumer technology and enterprise software solutions, Lina is passionate about creating clear, no-fuss content that zeroes in on the wants and needs of her readers. When she’s not writing or researching, she loves running (very slowly), photography and tea drinking.

We use cookies on our website to improve user experience. By continuing to use this webpage, you agree to allow our use of cookies. Got it!